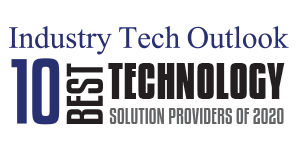 Belsim was born due to the will of Electricity of France (EDF) to buy the software the Belsim research team at the State University of Liège (Belgium) has developed as part of the general European efforts to cope with reducing the energy use by the process industry. Before that the Belsim team served the industry solving production problems. The research team was mainly financed from these studies and they did grow safely, attracting talents not only from Belgium. Belsim thereby is a technology partner as well as a solution provider, and can accompany its customers from proof of concept, over full-scale project implementation, to ongoing support.

Boris Kalitventzeff, Founder of Belsim was inhabited by the “analysis and synthesis” method learned from his training as polytechnic engineer from the Belgian Military Academy and has been steadfast leader taking Belsim to new height. The company helps its customers to improve process plant efficiency, reduce energy consumption, limit their environmental impact, and develop a better understanding of their process operations and performance. This translates into significant returns on investment, and payback periods of typically less than one year.

Discussing an Instance, Boris states a butyl rubber plant in Antwerp Belgium, consisting of 5 production lines in parallel, reactors operating at -110°C to control the reaction rate and 3 pressure stages refrigeration cycle with ethylene discharging heat to a 2 stages ammonia refrigeration cycle. They had troubles with the operation of the whole system owing to changes in operation due to rising demand and more important, needed revamping based on the Pinch Technology. With the analysis of the VALI results, clear explanation of operation troubles was explained, and workarounds proposed and accepted. At the DVR stage the asymptotic behavior of one of the heat exchangers of the refrigeration system was enlightened, hampering to reach the nominal production rate of the whole plant; it was hidden because a faulty measurement of temperature and was difficult to know detect without DVR. For the revamp the location of additional surface in the refrigeration cycles was computed warrantying requested flexibility. For that part of the process above room temperature, several changes have been adopted based on financial investment, flexibility and operational costs: vapor recompression; steam turbines replaced by electrical motors.

According to Boris, the simple joy of doing their job correctly, the feeling of some competency, the satisfaction of achieving such results, with their own tools (VALI, SIMU and EPMS, our Energy Performance Management System), have all been a contributory factor towards the success of their projects and taken the company to new height. It is perhaps not enough to understand that a process plant needs to be managed to cope with changing its operation, due to the change of demand. In this case, butyl rubbers have different compositions, different products have to be “on spec”. “For sure we are convinced that VALI is foundation, a fundamental tool: first you need the proper and secured information for operating your plant, solving operational mishaps, improving production performance, mastering process changes dues to market fluctuations,” explains Boris. “No wonder then that our new management team (CFO, CEO and COO) focusses on delivering VALI, leading its implementation and helping its exploitation by the end user’s.”

Belsim’s technology is empowering process plant managers to have certified information so that they can exploit their process intelligence to improve plant performance. The company has so many proofs of this statement that they openly claim this advantage for their technology. The potential applications are quite numerous. “Plant managers should be equipped with such a tool. They hesitate to ask their site managers when they know about our tool,” says Boris. “This technology is not part of the curriculum of the universities. It reduces the maintenance cost by about 40% according to the information we did receive: only the erroneous sensors are to be tested and repaired or replaced.”It provides the KPI calculated regularly, for instance every hour. It avoids the plant managers to be busy with repetitive calculations instead of being free to think about the plant operation. It allows the right coupling of the variables in the digital control systems. It allows to discover the root cause of malfunctioning of the plant, of limiting the production, of departing from the Minimum Energy Requirement. “As far as we know, no one application of VALI that has been implemented by Belsim engineers, has been discarded by any end user,” adds Boris.“Our management team has decided to distribute the VALI software in the chemical engineering department of universities to augment the number of engineers informed about this technology.”