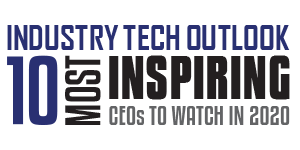 John Yanyali, CEO of JuiceBot is an individual who provides leadership at the highest level but is also able to delegate and empower the team. His qualities of sharing knowledge, guiding the company and its various stakeholders has been instrumental in getting the team and the company to work together. To meet company performance goals or to stay ahead of the competition—John and his team acknowledge that they need to reinvent themselves. John believes if leaders are unable to translate their beliefs into a coherent basis for conversation and learning with their leadership group, then the chances of developing an effective, tangible, and manageable program of change are much reduced. “All three of these—framework, roadmap, and guiding principles—are necessary for a successful conversation,” says John.

The pioneering leader is open to the whole team and stakeholders that Juicebot works with. He is always creating opportunities for young creatives and entrepreneurs to get engaged. He is involved in the community, attends various events and is open in communicating with all those who show interest in Juicebot. John believes some of the most impactful and disruptive companies of the 21st century sprung from the minds of young, first-time entrepreneurs. Creativity, hard work and the Internet have helped turn these young people with radical ideas — from Mark Zuckerberg with Facebook to Brian Chesky with Airbnb — into some of the most influential figures in the world. John believes this mindset needs to be cultivated and promoted in schools. “Fostering from a young age the skills that help the most successful entrepreneurs triumph creates a virtuous cycle of gritty, creative and motivated young people who can help today’s companies grow and create the companies of tomorrow,” he adds.

Juicebot was founded with the objective of transforming the distribution system for foods and beverages that have no shelflife, a way to deliver a product that contains no preservatives, emulsifiers or additives. Juicebot aims to serve functional and fortified beverages without the unhealthy preservatives and chemicals used to keep products on shelves longer as accessible and easy to find as a soda machine. “As juice was gaining a lot of traction on the coasts, we wanted to learn how we could influence the nation to take up this trend, and through that, we learned that there was a distribution problem when it came to cold pressed juice, which led to creating the JuiceBot,” explains John. “We created a new model in order to make healthy foods and beverages as convenient and accessible as getting a soda from a vending machine.”

The machine’s touchscreen walks users through the juice and smoothie customization process, where they can choose a mix of fruit and vegetable blends, all served in a 100 percent compostable cup. Ordering at a Bot is super simple. Customers choose from the 4 pre-mixed flavors of cold-pressed juice or mix any of them together to customize. They select their cup size from two options – Mini and Biggie and proceed to pay with our contactless payment system. Upon pressing the Done button, the Bot dispenses a cup and fills it with cold and refreshing juice. Aside from convenience, benefits touted by the Juicebot include a system that shields the fresh juice from light, customization, and bio-degradable cups made out of corn.

JuiceBot ensures the quality and distribution of the juice is upheld by testing which helps them remain confident about providing the highest level of food safety to consumers. It’s part of a wider food safety program that also includes sensors providing information on juice levels and temperature control within a machine . “We worked with a biotechnology company to develop a rapid food safety test that can detect pathogens, like salmonella and listeria, in under 48 hours,” says John. “Zefr was a very satisfied corporate office client. The food options they could offer to their employees were limited and they wanted to bring a healthier option rather than a traditional vending machine. As a result, they saw the Bot brought employees together at lunchtime and also provided a healthier pick-me-up drink during the day.”

The food and beverage industry has emerged as an essential talking point in the backdrop of the current pandemic driven by factors such as hygiene and safety, which have resulted in growing discussions concerning the aspect of automation across food delivery. As offices and workplaces begin to reopen, health precautions around COVID-19 are at top of mind, and there are concerns about contacting vending machines. A growing response has been to turn to single-use packaging and other environmentally unsustainable products. “We believe that people should not have to choose between sustainability and safety, so we are rolling out a touchless solution where the juice can be dispensed instantly via smartphones,” says John. In light of the current scenario, the use of automated systems like Juicebot can ensure continued delivery of food products given the restrictions on the movement for individuals. By ensuring fully automated systems, the risk of foreign contaminants can be eliminated and can also provide a scope of automated sterilization and disinfection systems. Automated systems can also be controlled and monitored remotely.